London, Oct 11 (IANS) Researchers at the Imperial College here have found that delivering a specific gene via an injection directly into the brain may offer a potential new therapy for halting the progress of Alzheimer's disease, especially when treated in its early stages.

In the study, published in the journal Proceedings of the National Academy of Sciences, the team used a type of modified virus to deliver a gene to brain cells of mice.

"Although these findings are very early they suggest this gene therapy may have potential therapeutic use for patients," said senior study author Magdalena Sastre.

Previous studies by the same team suggest this gene, called PGC1 - alpha, may prevent the formation of a protein called amyloid-beta peptide in cells in the lab.

Amyloid-beta peptide is the main component of amyloid plaques, the sticky clumps of protein found in the brains of people with Alzheimer's disease. These plaques are thought to trigger the death of brain cells.

The modified virus used in the experiments was called a lentivirus vector, and is commonly used in gene therapy explained Professor Nicholas Mazarakis, co-author of the study.

In the new study, the team injected the virus, containing the gene PGC-1 - alpha, into two areas of the brain in mice susceptible to Alzheimer's disease.

The areas targeted were the hippocampus and the cortex, as these are the first regions to develop amyloid plaques in Alzheimer's disease.

The animals were treated at the early stages of Alzheimer's disease.

After four months, the team found that mice who received the gene had very few amyloid plaques, compared with the untreated mice, who had multiple plaques in their brain.

Furthermore, the treated mice performed as well in memory tasks as healthy mice.

The team also discovered there was no loss of brain cells in the hippocampus of the mice who received the gene treatment.

In addition to this, the treated mice had a reduction in the number of glial cells, which in Alzheimer's disease can release toxic inflammatory substances that cause further cell damage. 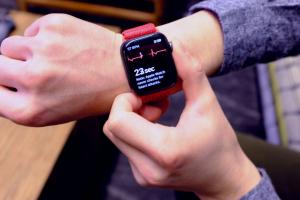 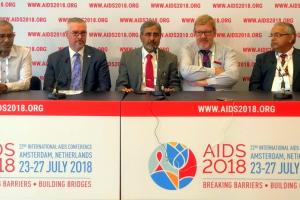 Slump in fight against #AIDS can derail progress made so far!