Mumbai/Kolkata, Oct 31, West Bengal Chief Minister Mamata Banerjee on Tuesday termed as "shameful" and "unfortunate" the Delhi Police crackdown at Jantar Mantar to evict ex-servicemen who were protesting for two years at the site.

"Calling Army extended family in Kashmir and then using brutal force on the 'extended family' in Delhi is very unfortunate," she said in another tweet.

Ex-servicemen who were protesting at Jantar Mantar since 2015 were on Monday evicted from the spot, police said, while the veterans complained that many of them were manhandled and some also injured.

The action came as police and Municipal Corporation officials evicted a number of protesters from the site after a National Green Tribunal order of October 5 banning protests at Jantar Mantar.

Delhi Police said around 150 people from 32 groups of protesters were evicted from the site to implement the green tribunal's order, and two companies of police have been deployed at Jantar Mantar to stop protesters from gathering there again.

A group of ex-servicemen have kept on their protest at the site since June 15, 2015 for One Rank One Pension (OROP) even after the government implemented the scheme, stating that the one given by Defence Ministry is flawed and not the OROP that was promised. 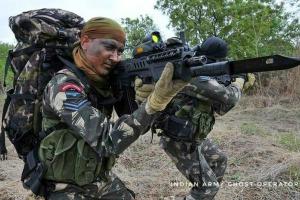