New Delhi, Dec 28 A bill criminalising triple talaq was introduced in the Lok Sabha on Thursday amid protests from opposition parties who objected to its introduction.

Members from the Rashtriya Janata Dal (RJD), All India Majlis-e-Ittehadul Muslimeen (AIMIM), Indian Union Muslim League (IUML), Biju Janata Dal, and some other parties spoke against the introduction of The Muslim Women (Protection of Rights on Marriage) Bill, 2017.

No member from the Congress was, however, allowed to speak, as Speaker Sumitra Mahajan said that they had not given a notice in advance to speak on the issue.

Law Minister Ravi Shankar Prasad called it a historic day, and stated that the Bill was to ensure gender justice for Muslim women.

It was introduced after a voice vote, as all treasury benches members supported the introduction of the Bill.

The Muslim Women (Protection of Rights on Marriage) Bill, 2017 criminalises triple talaq, or oral divorce and has provision for a maximum three year jail term and fine for practicing this form of divorce. 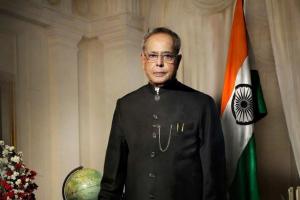