Mogadishu, Aug 1, The number of people who have been displaced by the severe drought ravaging several parts of Somalia has risen to 766,467 since November 2016, UN officials said on Tuesday.

New Delhi, Dec 1 (IANS) The Supreme Court on Thursday sought response from 13 drought-affected states as to why they were not lifting enough food grain to made available at subsidised rates to the priority and vulnerable sections of the people in affected areas.

Of 11 states ravaged by drought in 2016, seven - Andhra Pradesh, Chhattisgarh, Gujarat, Jharkhand, Karnataka, Maharashtra and Telangana - had less than average water in their reservoirs in June.

A migrant from Maharashtra's drought-stricken Marathwada region triples her income - if temporarily - after moving to Mumbai, climbs out of poverty and can repay loans, but families must live in 40 sq ft homes, the size of a large carpet, according to an IndiaSpend survey of 60 migrant families. 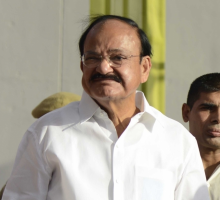 Betul (Madhya Pradesh), June 7 (IANS) Prohibitory orders have been imposed in this water scarcity-hit district of Madhya Pradesh to regulate the use of water from public sources, an official said.

Bhopal, June 5 (IANS) Swaraj Abhiyan convener Yogendra Yadav on Sunday accused Madhya Pradesh of violating the Supreme Court order, noting that even as farmers in Bundelkhand are reeling under drought, the state government is busy in issuing loan repayment notices to farmers.

A resident of Pune, Maharashtra's second-most developed city, uses five times as much water as her counterpart in Latur, the district most ravaged by drought in the south-central Marathwada region.

That's the extent of water inequality in Maharashtra, India's most developed state, according to an IndiaSpend analysis of statewide water use, characterised by disproportionate availability and consumption of water across regions, crops and consumers.

New Delhi, May 28 (IANS) Congress vice president Rahul Gandhi on Saturday hit out at Prime Minister Narendra Modi, saying his government was busy in "celebrating its two years in power" while the farmers of the country are "committing suicide".

Chhatarpur (Madhya Pradesh), May 28 (IANS) The MNREGA can benefit the parched Bundelkhand region of Madhya Pradesh, but the state government is not doing enough to exploit the rural jobs scheme for the people, says a rights activist. 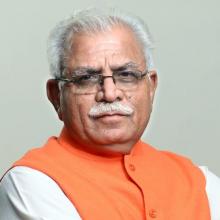 Chandigarh, May 27 (IANS) Taking note of incidents of wastage of drinking water and unauthorised use of ground water, the Haryana government on Friday announced strict measures would be taken to curb such happenings and directed task forces be set up for the purpose.

India is going through severe water shortage in several states. The scarcity is mainly due to the dry season, but it has been exacerbated by our inability to manage water resources, and ignorance. Of course, added to that is our lack of understanding, or respect, for our environment.

Swaraj Abhiyan started ‘Jal-Hal’ Yatra from Latur, Maharashtra on 21st May. Padyatra’s main motive is to create awareness to fight against drought and to stop the suicides cases of farmers in the drought hit areas . Marathwada region in Maharashtra and Bundelkhand region which is part of Uttar Pradesh and Madhya Pradesh suffering from severe drought conditions.

New Delhi, May 21 (IANS) The government on Saturday released Rs.600 crore more to Odisha after Prime Minister Narendra Modi and Odisha Chief Minister Naveen Patnaik discussed the drought and water scarcity in parts of the state.

New Delhi, May 20 (IANS) Dubbing drought a "man-made disaster" rather than a natural calamity, experts on Friday said measures taken by central and state governments to deal with it are failing in providing relief.